“My work is essentially about a physical process … about transforming the act of painting into an act of building. On the surface, there are deliberate relationships between forms and lines … but ultimately, the work remains a kind of organized chaos … experimental, contradictory, and open to interpretation by the viewer.”

For centuries people have been driven to express themselves thru marks. Builders etched their names in the tombs of ancient Egypt. Hunters carved images in the caves of Lascaux, and graffiti artists tag New York City walls. Marks are, in effect, recorded memories of a person, in a particular place, at the moment in time. They are a direct and physical way to visually communicate and express emotion and an extremely efficient method of conveying feelings, as little stands between the pen and the heart.

As an artist, I am interested in the irony between randomness and making abstract marks and specifically organizing them. In this respect, I function as both a painter and a sculptor. The meaning of my work lies within its process, which is action-oriented and experimental.

My foremost concern lies in creating surface images. However, I am especially interested in the relationships between form and line, which I explore by treating individual paintings like building blocks and arranging them into 2D structures that interact with light.

The evolution of my style came about by asking the question:

Could abstract fragments in themselves hold any merit outside the context of a single painting?
This led to the treatment of fragments as finished works. I don’t paint to create a single composition. Instead, I intend to create a collection of interrelating paintings or abstractions that function separately and together as a form of...organized chaos.

One of the greatest ironies any artist soon discovers is the conflicting nature of the creative mind.

Too many options in any respect often lead to excess, followed by boredom, followed by apathy. I find it necessary, in this regard, to impose controls on my work. The pallet, the materials, and the final architectural configuration all function to define my parameters.

While similar in theory, no two works in any series are exactly alike.

The ink group deals primarily with diaphanous marks, monochromatic color ranges, and dynamic, circular movements. The forces of nature inspire the gestures and hues within each particular ink series. A menagerie of visual data relating to biology, geology, and other natural phenomena flows like a stream of consciousness. It is expressed as moving lines suspended in time on the surface of each image.

This series is graphic, acrylic, minimal, and explosive. It differs from the ink work in that it is inspired by music, film, and dance. It's about capturing the action of a single gesture. It's an abstraction in its purest form, spontaneous and rebellious, and yet the armature for this work is disciplined and controlled. It is deconstruction and reconstruction.

This is the most recent series inspired by fragmented rock forms and micro-biology. The architectural framework differs from my earlier work in that it has no defined boundaries. Each installation is pieced together in a fluid, organic manner, some resembling microscopic cellular structures or chemical chains, others appear like a collection of random fragments of stone.

The final unique compositions within each body of work remain contradictory and experimental. This is what allows each series to continue as an investigation...and a self-perpetuating act of compulsive mark making. 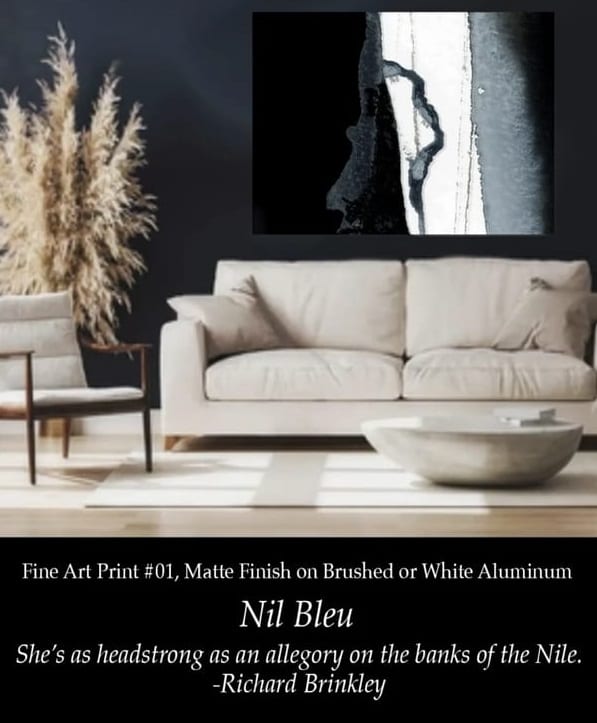